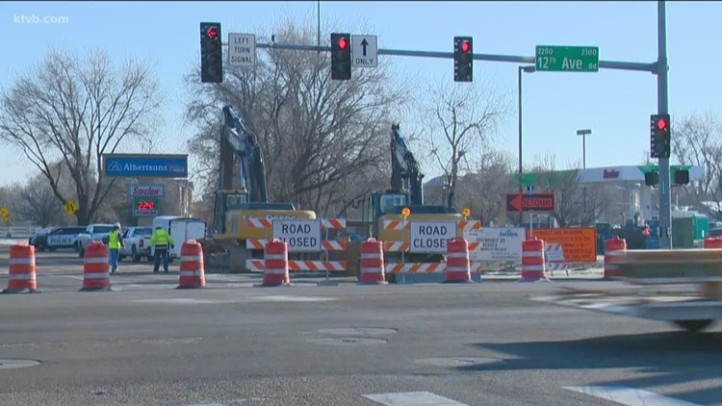 As said by Frankie Katafias they will be replacing “the Wilson drain culvert near 12th Avenue road.” they will be also replacing the Bray Lateral Culvert between Sunnybrook Drive and Juniper Street.Idaho Press Staff says that they are planning to install “new water services and meters for properties along this section Greenhurst road, utility upgrades, full roadway reconstruction including excavation, new gravel and new pavement, and new pavement marking and signing.” There is a detour that Nampa has established to help assist drivers through this project of construction.

Even though the detour looks long, this is one of the only ways to get back onto Greenhurst Road either way. Walmart and Albertsons are still open through this construction project. Frankie Katafias says that “This project will likely create high traffic and with roads facing complete closure…” Billy Jenkins says that “The City of Nampa is encouraging all citizens who travel these roads to check out their detour map posted below to avoid any major delays.”

According to Idaho Press Staff, they say that the contractor is “Granite Excavation”, which began the first phase of this project

This is going to be a long phase with all of the replacements with drains, water services with meters for properties along the section of Greenhurst, it’ll have utility upgrades, all of the road is going to be reconstructed with excavation, with new gravel and pavement that have new pavement marking with signs.

This first phase is due to be completed in May of 2019. This is just one out of the three phases. The second phase is scheduled for June of 2019, but is supposed to be done before the 2019-2020 school year starts. This phase will begin on Western Greenhurst Road between 12th Avenue Road and Midland Boulevard. Idaho Press Staff say that “the total anticipated cost of both phase one and phase two of the project is $2.5 million”.